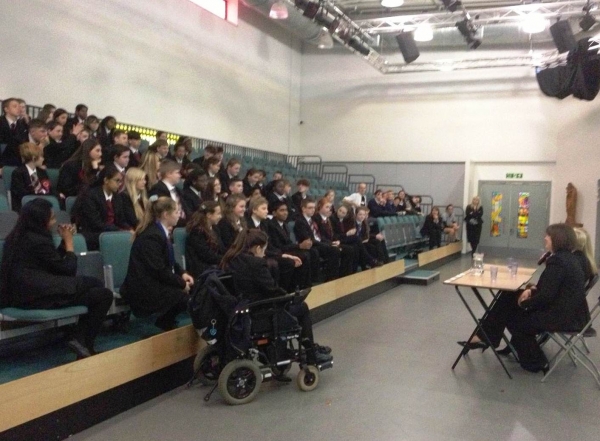 The aim of Parliament Week is to highlight the work and history of the UK Parliament, how it is relevant to UK citizens and how pupils can get involved in the democratic process. The event was founded in 2011, and is co-ordinated by the House of Commons with support from the House of Lords.

At Saint Paul’s, the pupils took part in an open debate group, a Question Time with the Head Teacher and the week culminated with whole school parliament elections.

“We were very keen to get our pupils involved in Parliament Week and raise their awareness of the democratic process,” explained Ms Michelle Davies, School Parliament Link teacher. “The programme of events at Saint Paul’s was designed to inspire, engage and connect our pupils with parliamentary democracy. It’s been a fantastic opportunity for them to take part in a nation-wide initiative that helps them become better informed about their Parliament.”

“Parliament Week was a great opportunity for our pupils to engage and connect with politics and their Parliament,” commented Mrs Fiona Minshall, Head Teacher at Saint Paul’s. “The Week also offered a fantastic opportunity to highlight the work and history of the Houses of Parliament and to discuss Parliament’s relevance with students.”